Is it raining? NO, It’s Bullet Storm! 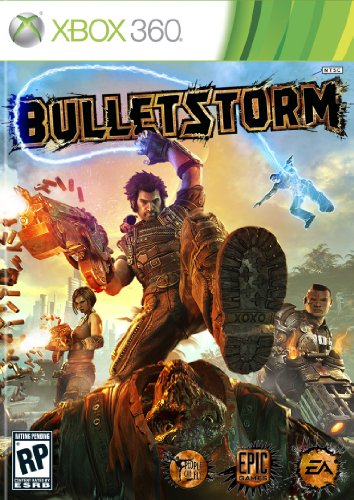 Bullet Storm is an epic game that allows for massive combos to get insane points to post up on the score boards. Seems to me the main object of this game is to kill enemies in unique ways to better your score by using what they call the “Skill Shot System” and “Skill Points”. Be sure to pay attention to your surroundings. Even the levels themselves have many different types of interactions to help build your mind blowing scores.

Bullet Storm has multiple weapons, even weapons with multiple barrels. Take the “Bone Duster” for example. Bone Duster has four barrels that you can use to incinerate your enemies. You also have the “Flail Gun” that fires a chain and ball to wrap your enemies up and blow them to pieces. Here are a few pics of the weapons you will see in Bullet Storm.

They have released  details about some of the game modes that will be in Bullet Storm. On the Co-op side they have Anarchy. In Anarchy mode you and three of your friends battle through waves of enemies building up your skill shot multiplier. On the competitive side they have Echo mode which allows you to focus on the weapons and your skill shot to battle for the number one spot on the score board.

This first person shooter is said to change the war genre forever. You can thank EA and Epic Games for this one. The demo is available on Xbox Live Market Place and Play Station Network. Bullet Storms epic madness will be coming to us February 22nd 2011.

Those guns look amazing. I can not wait to be shooting people in the junk when this game comes out.