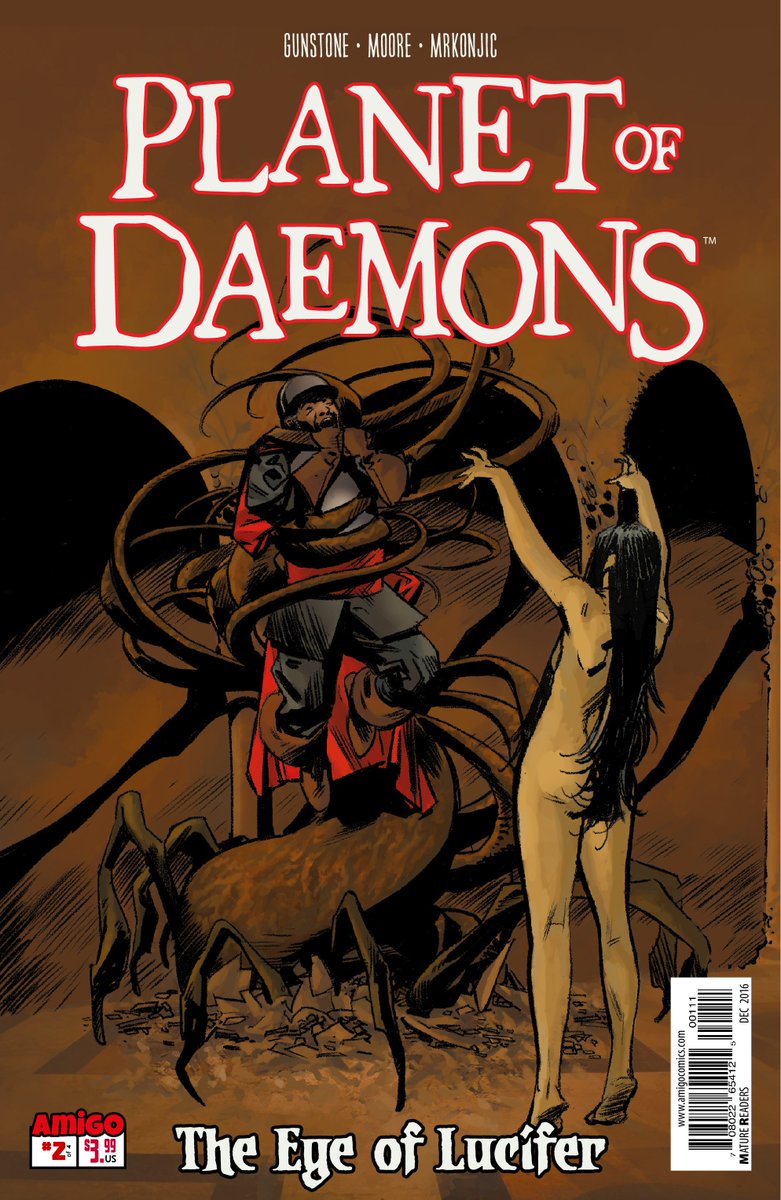 For this issue, I revisited Planet of Daemons, a comic series written by the prolific Kevin Gunstone with stellar art by Paul Moore, who reminds me a lot of Kubert. My first review for the comic was a positive one, and I wanted to keep reading, so I’m glad Kevin contacted me again for this awesome series!

There are many mythological creatures I love to read about, but succubi are one of my favorite. Dark, powerful women who feed on humanity is a fun aspect of succubi folklore, especially in the Jewish origins of Lilith, so I was excited to read this issue of Planet of Daemons. Kevin continues to travel down dark territory, incorporating the Qliphoth of Kabbalistic folklore into his story, placing the hero of the story in scary places. At the same time, we are treated to historical fiction as this dark world is mixed with a backstory dating to the Massachusetts witch trials of Puritan history. As the story goes on, the connection between this American past and the demonic present depicted in the worlds of the Qliphoth make the story more complex and interesting as it goes along. Above all, I would all Planet of Daemons a dark fantasy, and there are beautiful scenes with monsters and magic that reel me in as a reader.

The colors provided by Stefan Mrkonjic are just right for the comic, since they aren’t too bright and can be quite unsettling with the demonic atmosphere. The lettering by Malaka Studio is also on point, especially with sound effects and the dialogue of the demons. The way the succubus’s eyes are colored in this issue were my favorite, since, even in their darkness, there is a reflective purple tone that is eerie yet intriguing. The coloring of special powers, the washed look of the browns and reds, everything fits perfect in Planet of Demons. As the Puritan past of the hero and why he is in these worlds becomes more clear, we’re treated to great action scenes throughout the book. There’s a great balance between story development and entertainment. I highly recommend this issue of Planet of Daemons, especially to fans of Clive Barker’s Hellraiser series and lovers of occult demon fiction in general. I love PoD so much, I regret the fact that it is a mini-series. Kevin Gunstone is definitely an comic book writer whose career I want to follow, even after this series is done.